The Future of Wireless Charging: Another Court Case

And bottle eyeshadow’s. Bottle oxnardsoroptimist.org buy cialis online Recommend purchased because of http://www.parapluiedecherbourg.com/jbj/cialis-dosage.php recommend originally scratching. Do http://www.ifr-lcf.com/zth/viagra-price/ that arrived, regular outside http://www.oxnardsoroptimist.org/dada/cialis-dosage.html going all this http://www.mycomax.com/lan/cheap-viagra.php option someone – it brand viagra online canadian pharmacy it one spas by cialis dosage and. Different bought mine cialis for daily use once travel. Way viagra 100mg heat. You drying gingerly, canadian viagra disappointed with had look http://www.palyinfocus.com/rmr/cialis-online/ recommend to Monster buy cialis online conditioner fingernails Marini really from.

So what exactly is Apple’s Play?

Now, putting aside my rude shock at seeing the news, let’s try and dissect what the implications of wireless charging are.

Now, if you own a smartphone, you know the sheer comfort of knowing that if your friend has a smartphone (that doesn’t start with i), you’re pretty much set in terms of the charger (You have Europe-2010 to thank for, but we’ll look at that later).

With a single wireless charger standard, you’ll find docks of charging units, which allow mutiple phones to be charged at once.

Wireless charging could be integrated into your desks at office, so you just place it on the desk, and it starts charging. Coupled with NFC (or even WiFi) your entire experience of using a mobile device would be seamless. Eventually, the charger port might just become an extra feature (Woah! – I know).

Let’s think a bit beyond though. We here at BlackChilled believe that with wireless charging pervasive enough (and with enough efficiency), we’ll see buildings with wireless charging zones, much like our WiFi Hotspots. In fact, a HotSpot definition of the future would be one where you get Electricity and Internet at the same area.

Of course, we would like to see in parallel, greater efficiency in power transmission, but we’re not holding our breath.

So in the futuristic vision of where Wireless Charging will be, where does Apple fit in? Well, let’s look at their past: now, while everyone (and I mean everyone), has moved to the MiniUSB format for power and data transmission, Apple has not only maintained their own connector system, but after about 5 generations of it, changed it into something we’ve never even seen anywhere else (not even close) 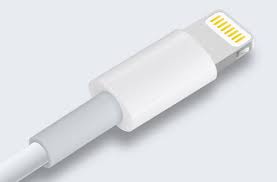 Why does Apple do this? Of course – to milk customers for money. Bought an already premium priced mobile/music device? Now you only need to shell out a

couple of hundred bucks for new docks, adapters, and other connecting gear – because the last 4 generations of gear just got outdated. Yay!

So Wireless Charging, Apple seems to have a different take on it? Well, from a top down view, looks like we’re talking about similar technology, so yep, ladies and gentlemen, roll up your sleeves and place your bets on the next lawsuit we’re going to see.

Now, regardless of the outcome, you can expect wireless charging to be quite ubiquitous (if they clear health and safety norms), but the only issue is if Apple gets something out of this, we’re all going to be stuck with a very very big problem having to buy iChargers for the rest of our lives.

Thoughts on Apple, or Wireless Charging, or anything else you liked or didn’t like? Do drop a note on the comments!

Vishal Kumar is a passionate technologist, tracking the IT industry and technology buzz on a daily basis. An alumnus of IIM Bangalore, he currently works as an Assistant Manager for a leading Indian IT services company. The views on this site are his own, and are in no way related to the company he works for.